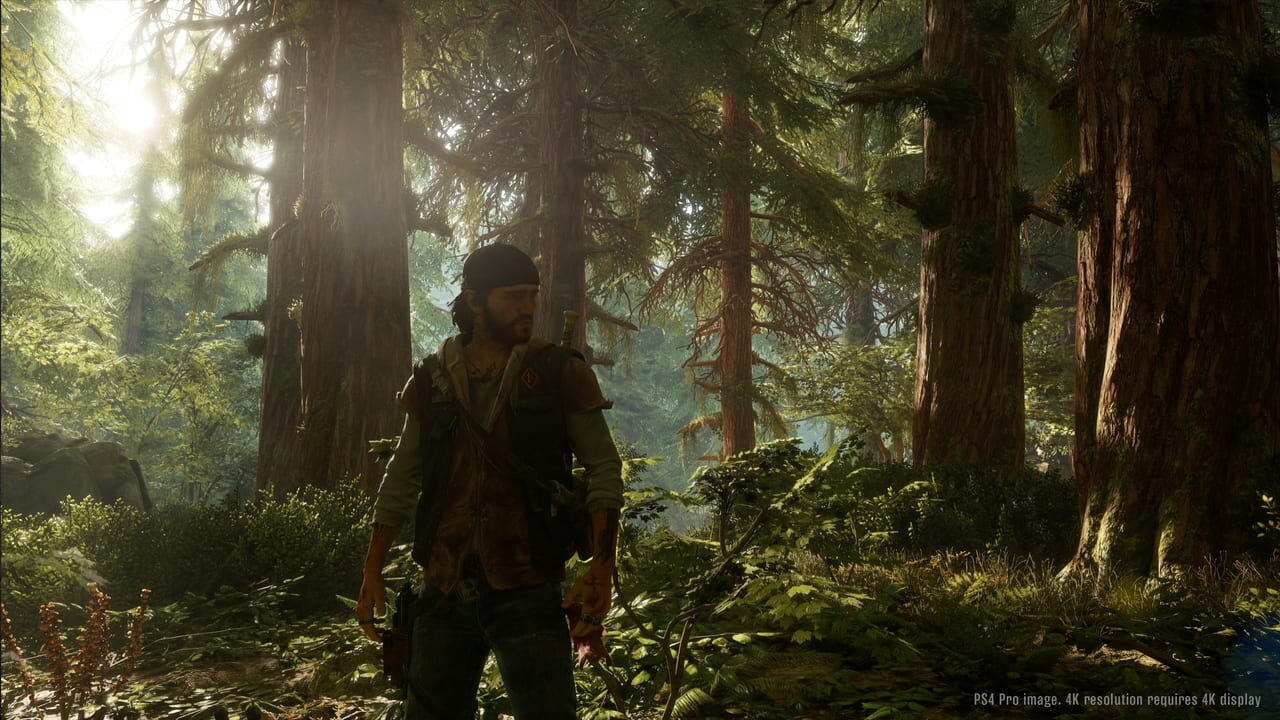 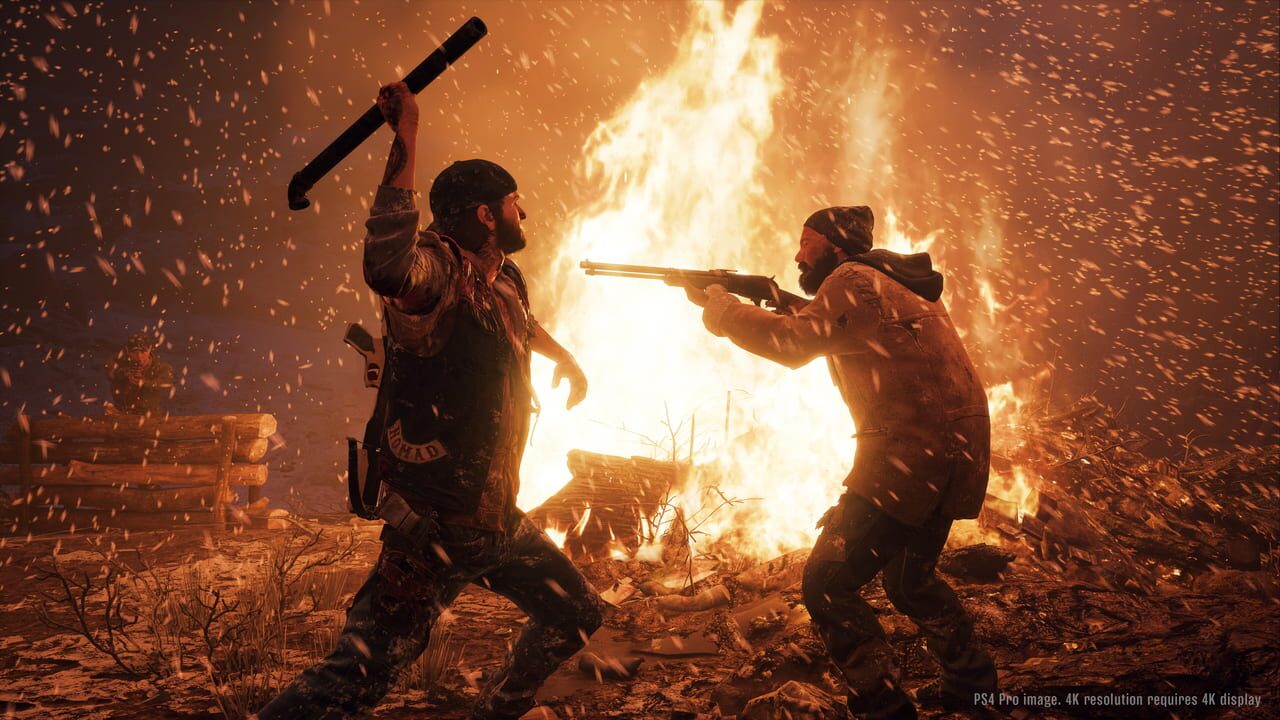 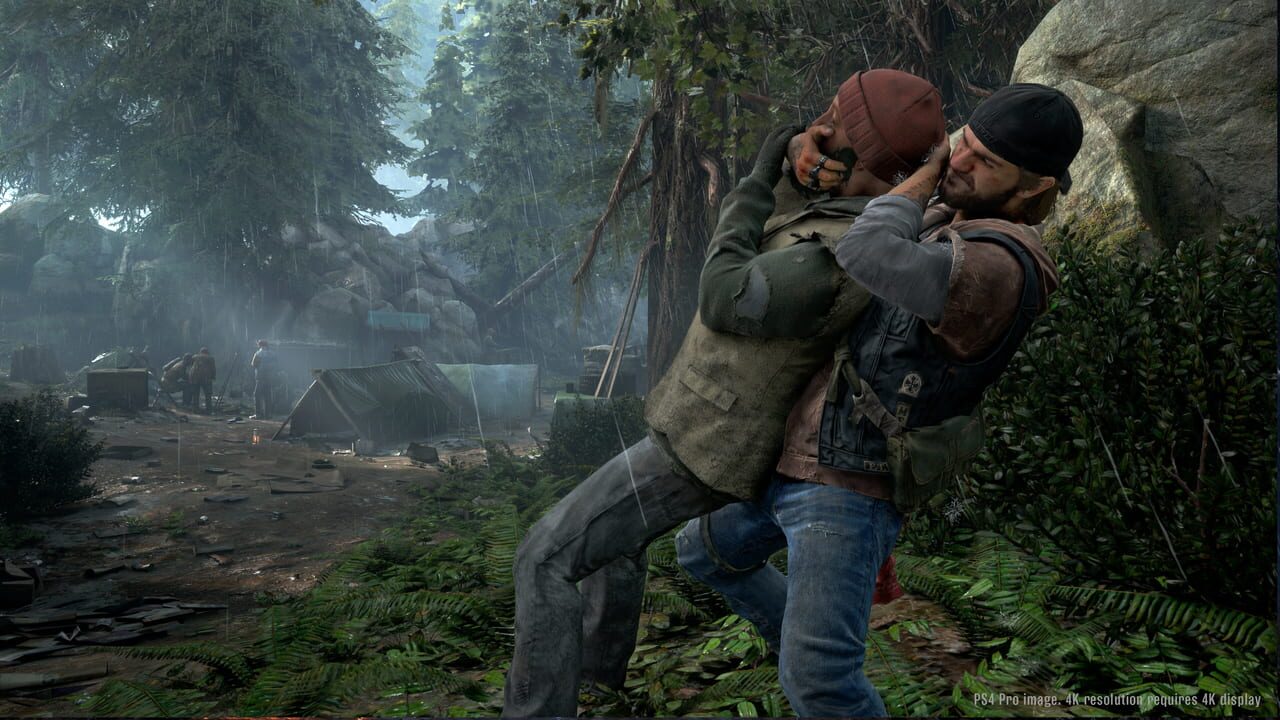 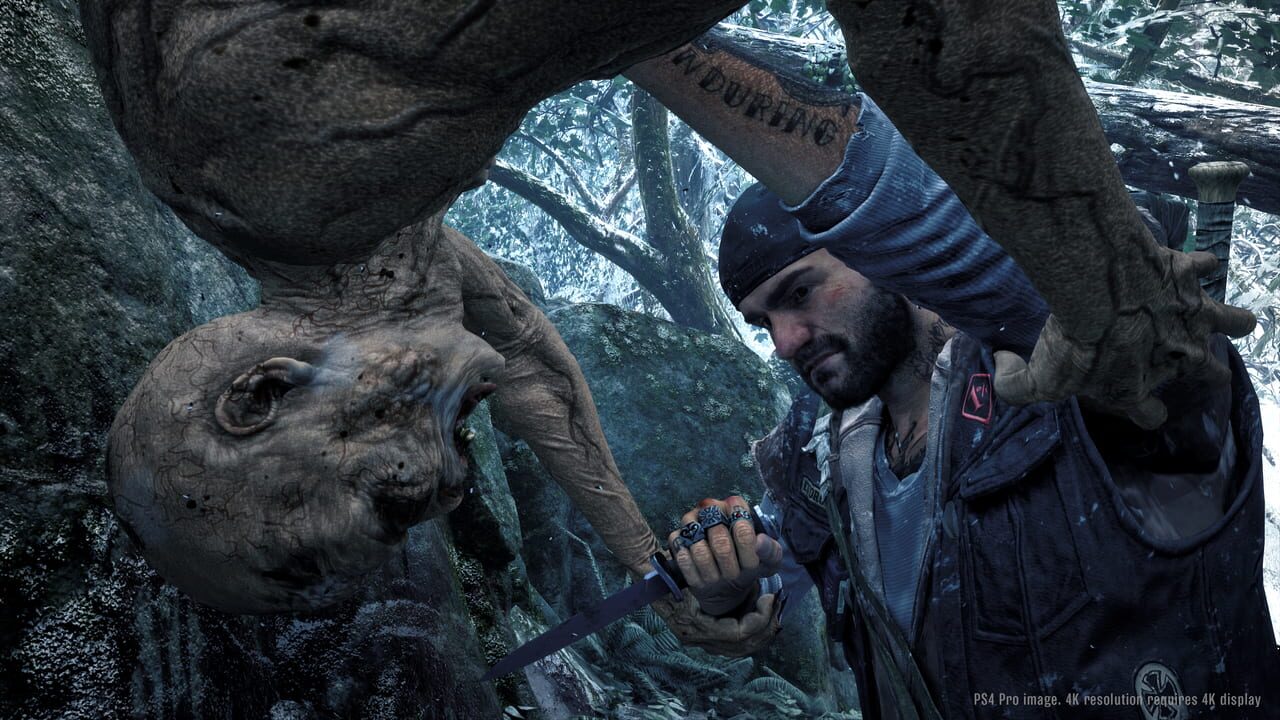 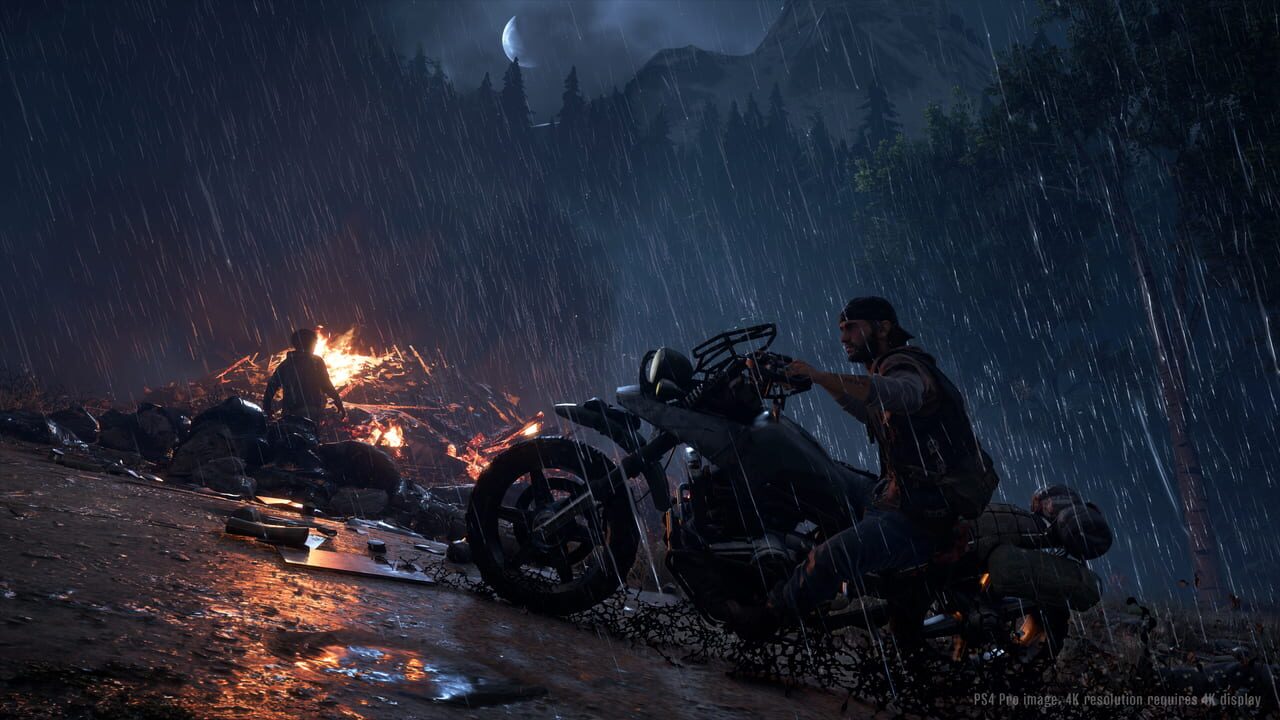 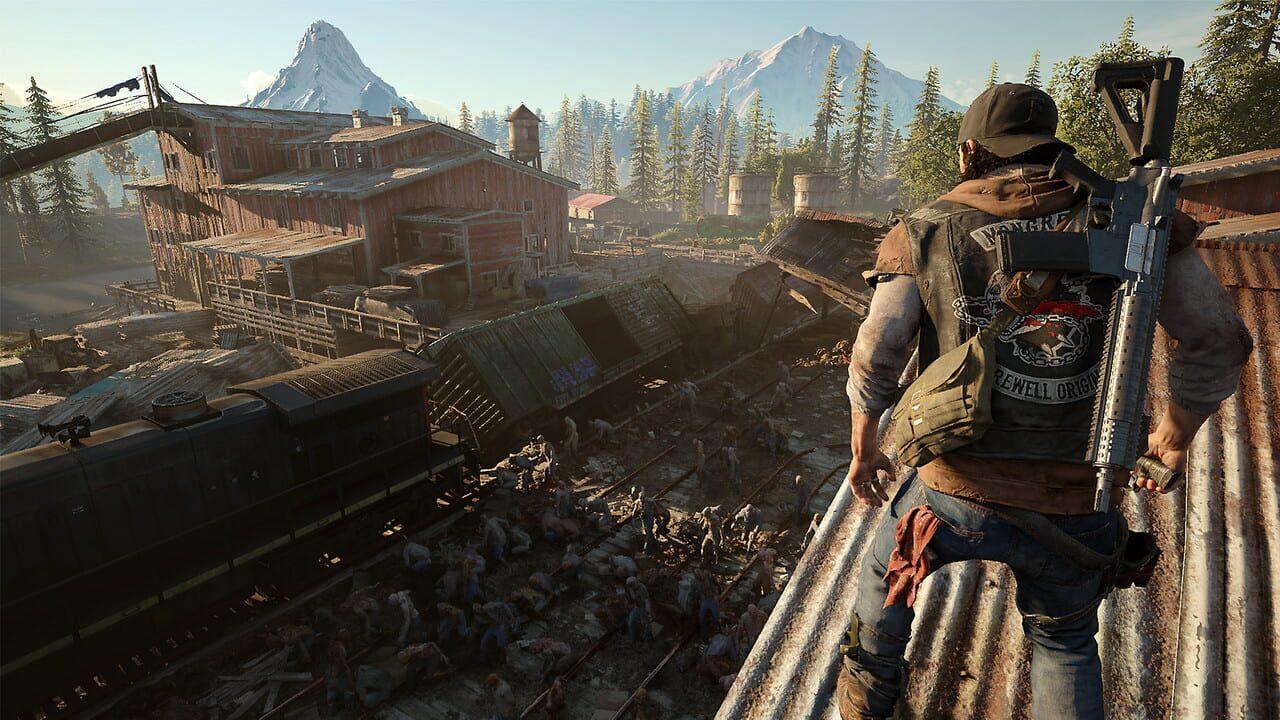 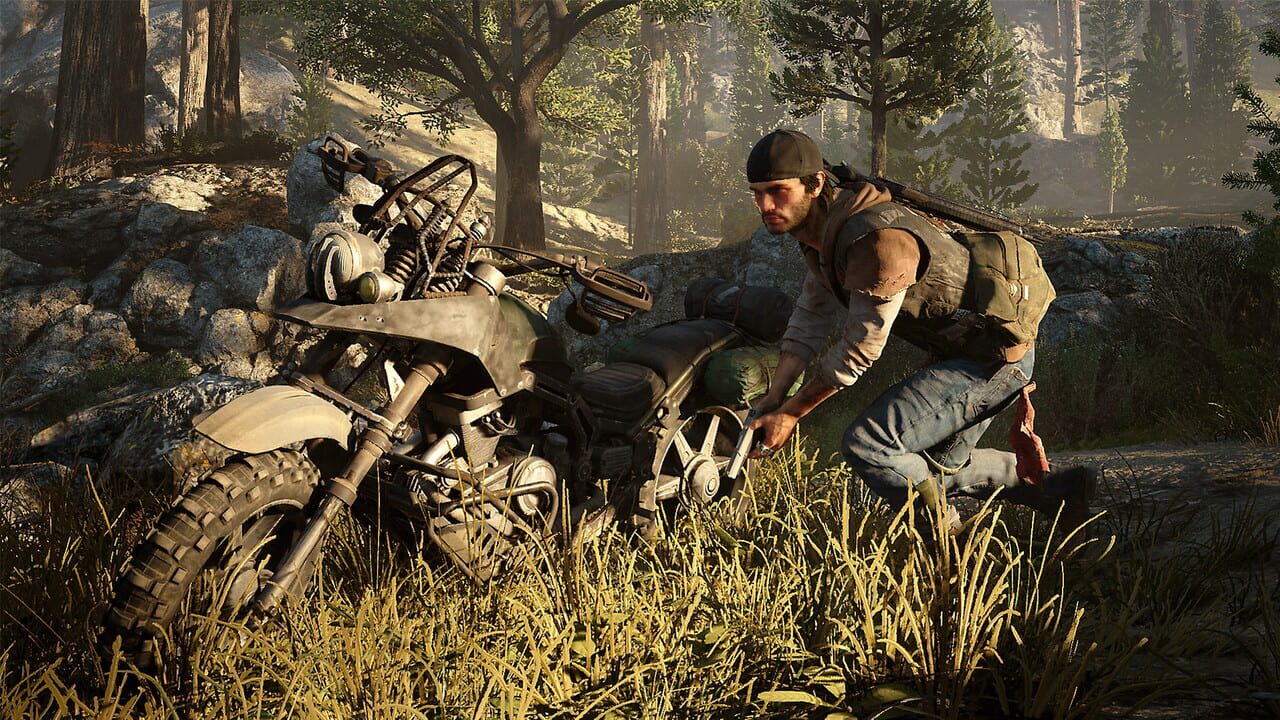 Days Gone is an open-world action-adventure game set in a harsh wilderness two years after a devastating global pandemic. Play as Deacon St. John, a Drifter and bounty hunter who rides the broken road, fighting to survive while searching for a reason to live.

At its core, Days Gone is about survivors and what makes them human: desperation, loss, madness, betrayal, friendship, brotherhood, regret, love – and hope. It’s about how even when confronted with such enormous tragedy they find a reason to live. Hope never dies.

Set in the beautiful, volcanic scarred high-desert of the Pacific Northwest, Days Gone is an open-world action-adventure game where you play as Deacon St. John, a Drifter and bounty hunter who would rather risk the dangers of the broken road than live in one of the “safe” wilderness encampments. The game takes place two years after a global pandemic has killed almost everyone, but transformed millions of others into what survivors call Freakers – mindless, feral creatures, more animal than human but very much alive and quickly evolving. In the demo you saw two types of Freaks – Newts, which were adolescents when infected, are opportunistic hunters, preferring to hit and run from the shadows; and a Horde. Made up of hundreds of individual Freakers, Hordes eat, move and attack together, almost as one. Some Hordes roam the highways at night, while others, like the one in the demo, have found a food source that keeps it in a single location. Skills learned in his prior life as an outlaw biker have given Deacon a slight edge in the seemingly never-ending fight to stay alive. But will it be enough?