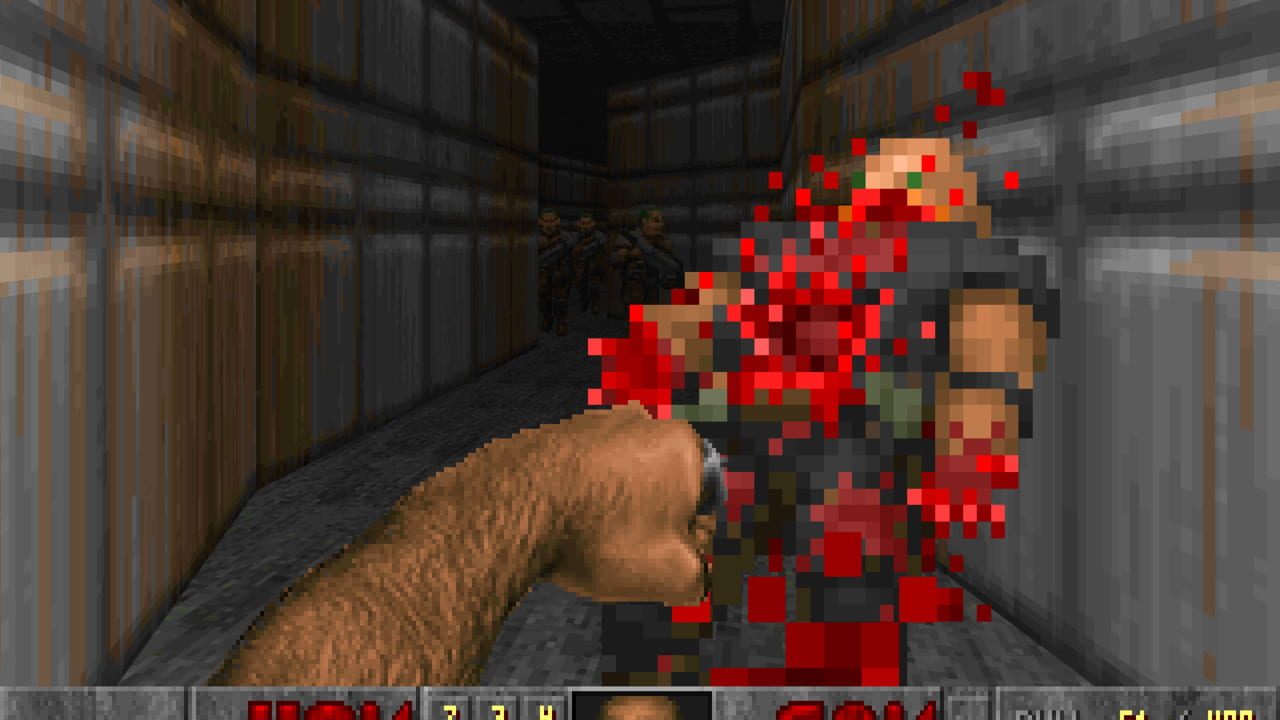 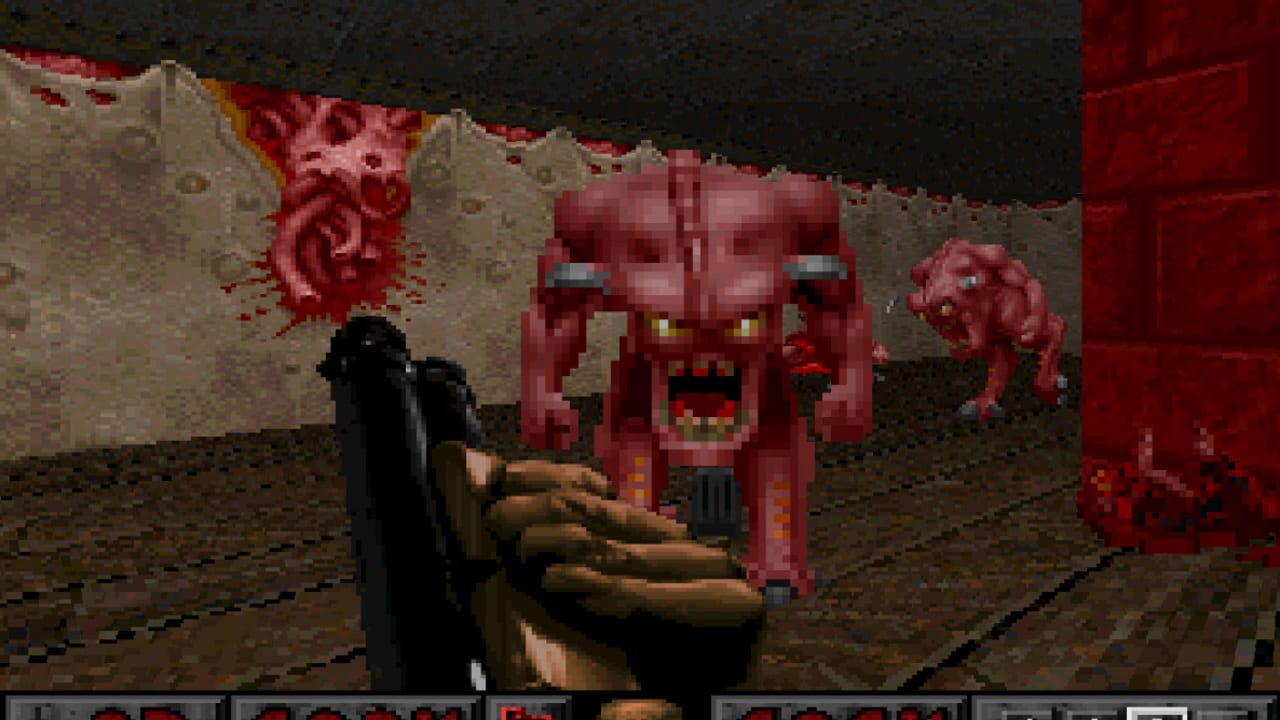 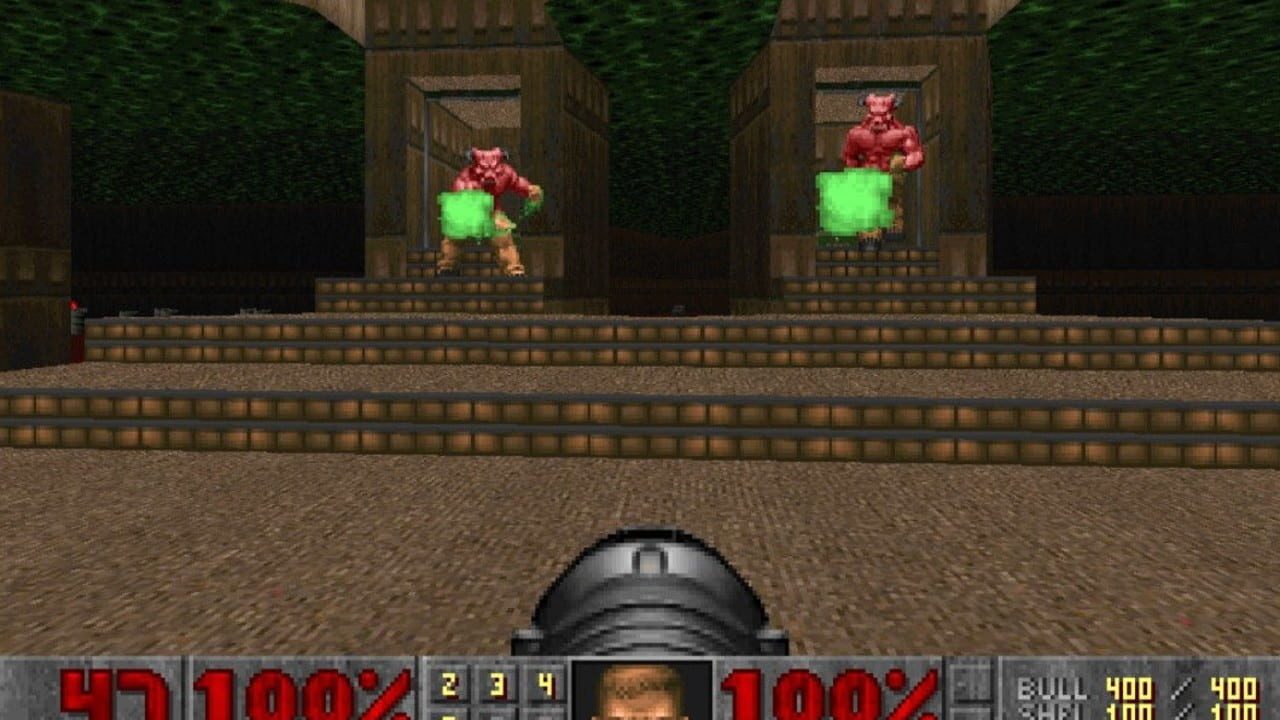 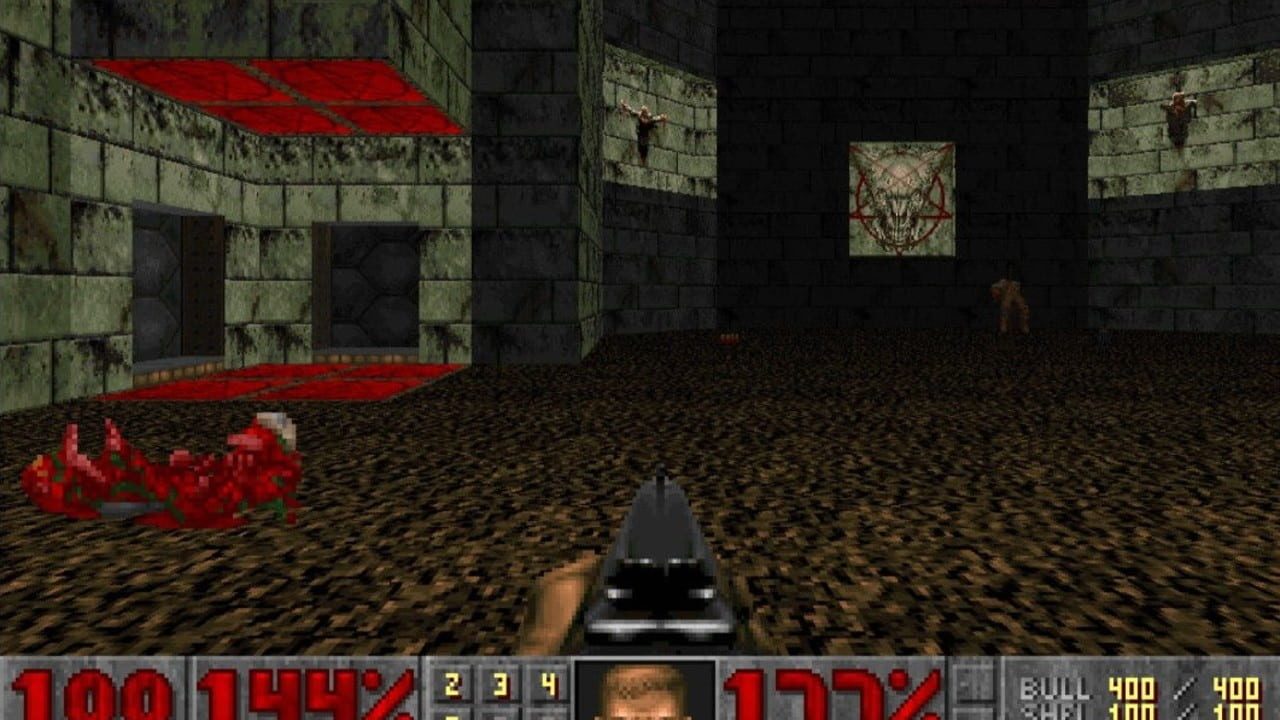 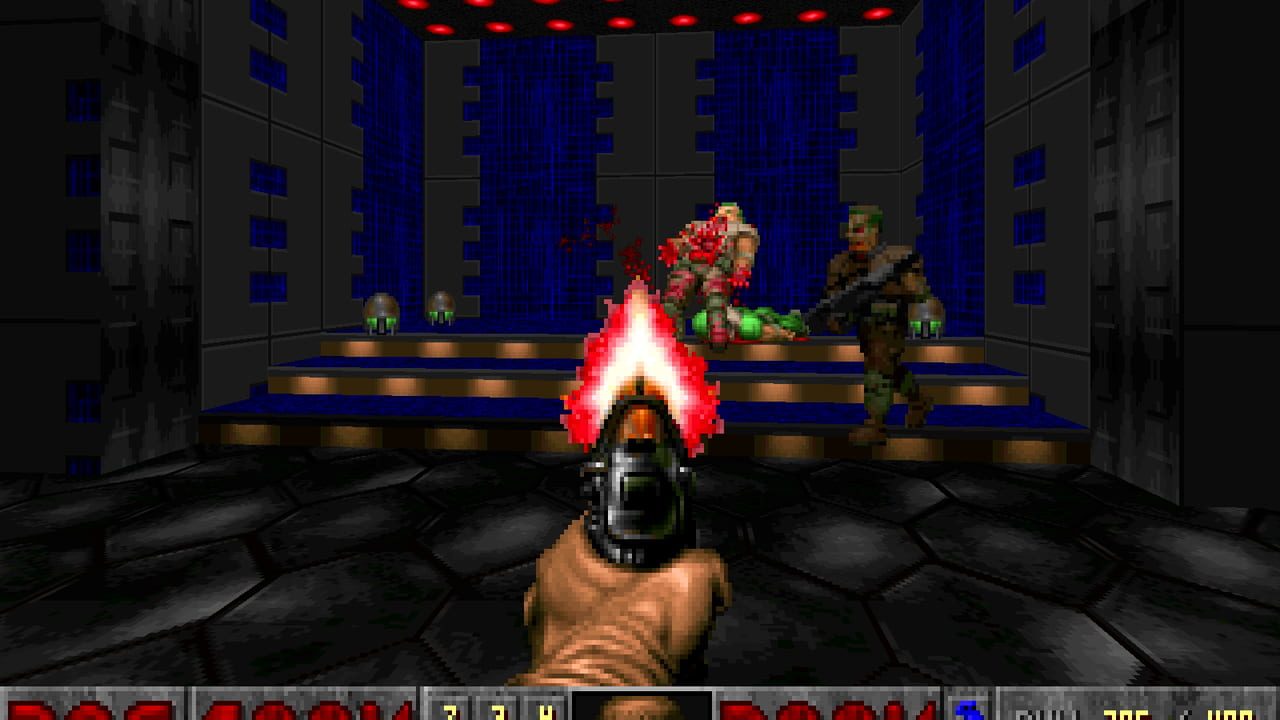 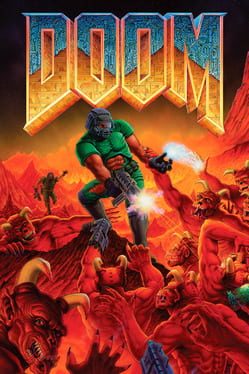 A sci-fi FPS in which a space mercenary searches for his lost friend from the box art.

Things aren't looking too good. You'll never navigate off the planet on your own. Plus, all the heavy weapons have been taken by the assault team leaving you with only a pistol. If you only could get your hands around a plasma rifle or even a shotgun you could take a few down on your way out. Whatever killed your buddies deserves a couple of pellets in the forehead. Securing your helmet, you exit the landing pod. Hopefully you can find more substantial firepower somewhere within the station. As you walk through the main entrance of the base, you hear animal-like growls echoing through the distant corridors. They know you're here. There's no turning back now.

The player takes the role of a marine (unnamed to further represent the person playing), "one of Earth's toughest, hardened in combat and trained for action", who has been incarcerated on Mars after assaulting a senior officer when ordered to fire upon civilians. There, he works alongside the Union Aerospace Corporation (UAC), a multi-planetary conglomerate and military contractor performing secret experiments on interdimensional travel. Recently, the teleportation has shown signs of anomalies and instability, but the research continues nonetheless.

Suddenly, something goes wrong and creatures from hell swarm out of the teleportation gates on Deimos and Phobos. A defensive response from base security fails to halt the invasion, and the bases are quickly overrun by monsters; all personnel are killed or turned into zombies

A military detachment from Mars travels to Phobos to investigate the incident. The player is tasked with securing the perimeter, as the assault team and their heavy weapons are brought inside. Radio contact soon ceases and the player realizes that he is the only survivor. Being unable to pilot the shuttle off of Phobos by himself, the only way to escape is to go inside and fight through the complexes of the moon base.